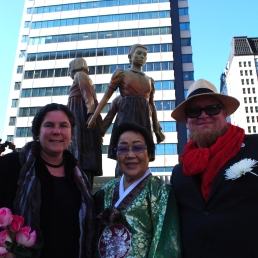 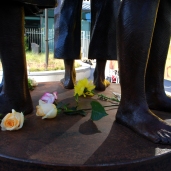 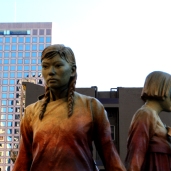 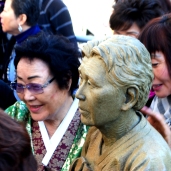 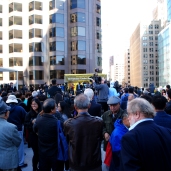 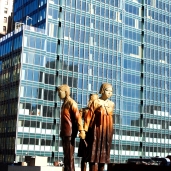 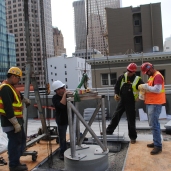 San Francisco is now the first major US city to build a new memorial to the ‘Comfort Women’. Mobile Studio served as Project Managers for this major World War II Human Rights Memorial and worked hand in hand with the City of San Francisco Arts Commission and SF Rec. and Parks to make it happen. After hosting an international call for artists, acclaimed sculpture Steven Whyte was chosen to honor and interpret the suffering, resilience and courage of those women and create a beacon within this great international city that calls for the continued fight for justice and serves as a place of peace and reconciliation.

It was an absolute pleasure to build this Memorial with our San Francisco based crew on behalf of the ‘Comfort Women’ Justice Coalition. There really are no more competent and talented builders than Sheedy Drayage, who hauled the steel for the Golden Gate Bridge, and Hathaway Dinwiddie, General Contractors who built the TransAmerica Tower. With the architectural direction of Heller Manus and our project management, these gentlemen handled the corten steel column, internal armature and bronze figures with with absolute expertise. We hope you will visit St. Mary’s Square  , discover the history and vibrant culture of the Pan Asian community of San Francisco and make a pilgrimage to the “Women’s Column of Strength”, ‘Comfort Women” Memorial. It is a very special public gathering space at the crossroads of Chinatown and SF’s Financial district, a landscape of memory and inspiration. 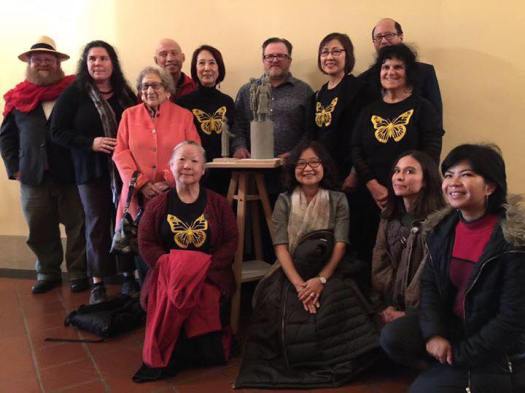 Mobile Studio is honored to serve as project managers for the “Comfort Women” Justice Coalition to give the gift of a new piece of public art to the City of San Francisco,  a Memorial to the “Comfort Women”. Working with leaders in international human rights and justice issues around the world dedicated to ending violence against and sexual trafficking of women and girls, this memorial remembers the suffering, resilience, strength, courage and on-going struggle for justice of the so-called “Comfort Women”. Mobile Studio’s leadership resides our ability to orchestrate a project of this complexity with transparency, and best practices between multiple agencies and civic groups including the SF Public Art Commission, Rec and Parks, a fantastic team of engineers, architects and builders, and the amazing Artist Steven Whyte. Please follow along as we choreograph and deliver this important new landmark and beacon of hope to visitors from around the world, the citizens of the Bay Area, and the residents of St. Mary’s Square in Chinatown. 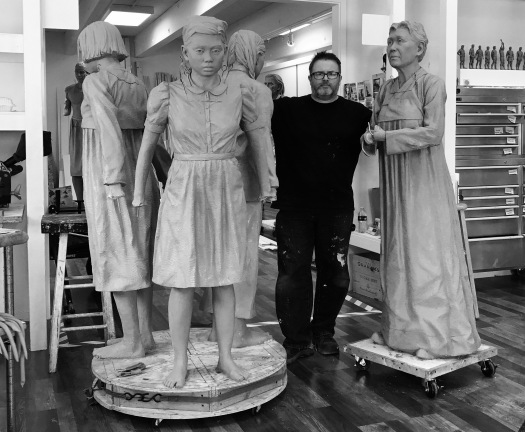 Of many submissions around the globe, the “Women’s Column of Strength” by Stephen Whyte was selected to serve as the Comfort Women Memorial! Whyte is a classically trained figurative sculptor, whose work has recently been accepted into the Smithsonian Institute of Art. For this project in particular, he has created a powerful and inspiring piece that captures the story of the Comfort Women, soon to be cast in bronze. “Women’s Column of Strength,” is due to be installed in September of 2017. As approved by the San Francisco Public Art Commission and Department of Recreation and Parks, the memorial will be displayed proudly in St. Mary’s Square- to be looked upon with admiration and remembrance. 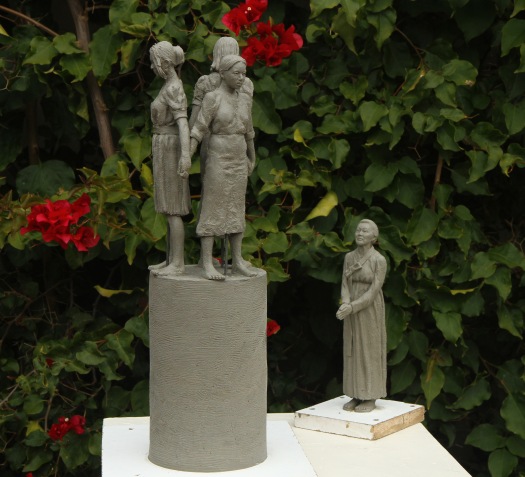 The Comfort Women Justice Coalition in partnership with the City of San Francisco, California have released a Request for Proposals for the design of a Memorial to the “Comfort Women”, the victims of sexual slavery by the Japanese Imperial Army 1932-1945, to be built in St. Mary’s Square in the heart of Chinatown. This call is open globally to all artists and public place-makers, and seeks proposals of the highest artistic caliber. A public art panel consisting of community leaders, arts and design professionals will review submissions. The public will be invited to review the submissions at an open exhibition of all entries. The submissions deadline is September 30th 2016, at which point three finalists will be selected, each of whom will receive a thousand dollar stipend to refine their final designs. The winning submissions will be announced December 5th, 2016. The proposed installation date is the spring/summer of 2017. 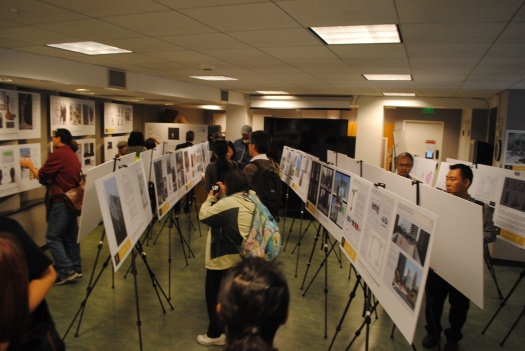 A public exhibition of the 36 submissions of design proposals for the “Comfort Women” Memorial SF was held at the Chinatown Branch Library on October 15th, 2016.

All of the submissions for the call for artists can now be seen here: http://remembercomfortwomen.org/sf-memorial/artist-proposals/ 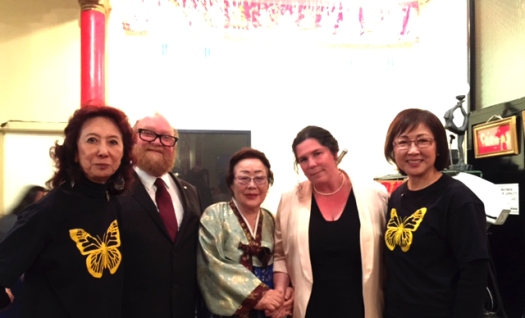 Many memorials honor the courage, bravery, and sacrifice of soldiers during wartime.     Few, if any, honor women. This memorial is in honor of the 300,000+ women and young girls from Korea, China, the Philippines, and other countries of Japanese occupation, who suffered human trafficking and sexual slavery as ‘Comfort Women’ by the Japanese Imperial Military during World War II. Their violent exploitation and abuse was a crime of war, and their courage to speak out has changed the Human Rights and Justice landscape around the world forever.

In San Francisco, the “Comfort Women’ Justice Coalition,” led by the indomitable, retired Judges, Julie Tang and Lillian Sing (seen above with Grandmother Lee) has written a resolution, now approved unanimously by the Board of Supervisors, to build a Memorial to the ‘Comfort Women’ in this capital city of freedom. Mobile Studio, as project managers, will be running an international design competition and call for artists proposals. The competition, which will be launched in the upcoming weeks, seeks visions for the selected site in St. Mary’s Square Park that address the desire to honor and remember those who have suffered, to commemorate their courage and bravery, to inspire a commitment to truth telling, and to fighting for the safety and equality of women and children around the world.

Memory, Dialogue, Peace and Reconciliation, Transformation, Resistance and Justice. The memorial will offer a place for community members and visitors to remember, grieve, learn, find peace, and commit themselves to human rights. The work of bringing justice to the Japanese Government regarding this violation of human rights is yet unfinished. Denialism is not acceptable. Token gestures are not enough. All nations that profit from denialism are implicit. This addition of public art into the City of San Francisco at the crossroads of Chinatown and the Financial District will serve as a touchstone of memory, a beacon of hope, and a call to action for years to come.